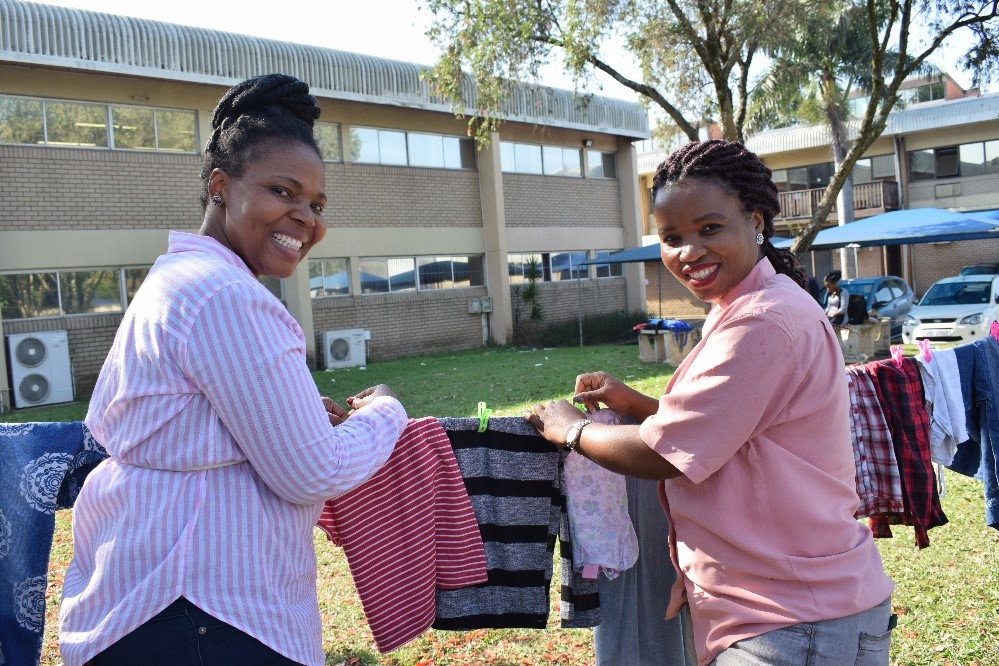 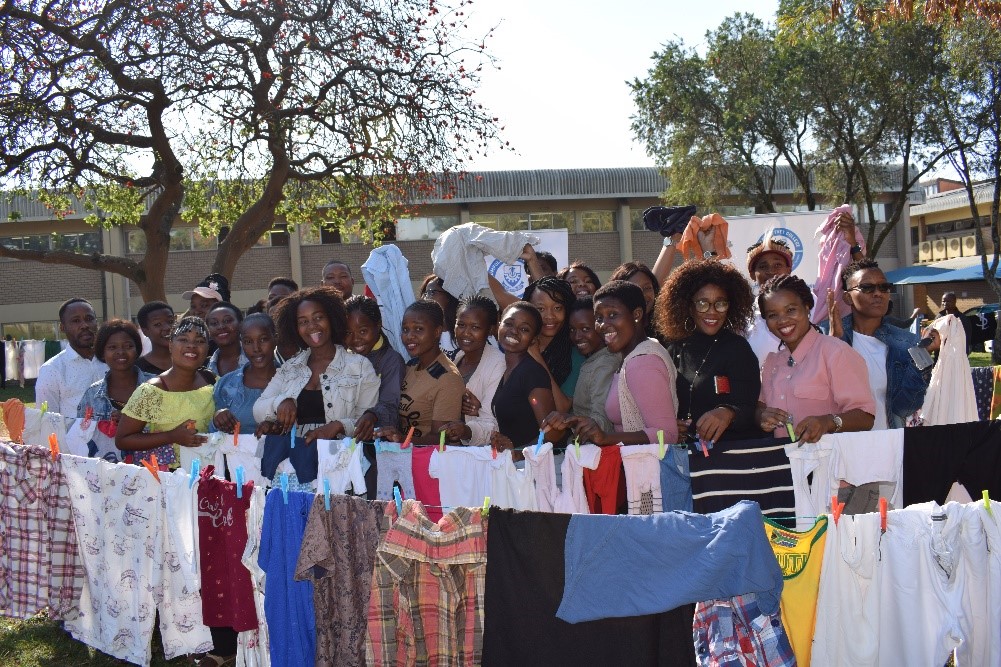 To celebrate Mandela Day, Richtek Campus students and staff hung a line packed with clothes in support of the Zululand Observer #Hang out with Madiba initiative. Campus Manager, Preashen Govender thanked Nosipho Mdlalose for spotting an advert in the newspaper requesting people to participate. “It was great seeing staff and students working together to donate clothes. We commend the spirit of togetherness at the campus,” he reiterated. 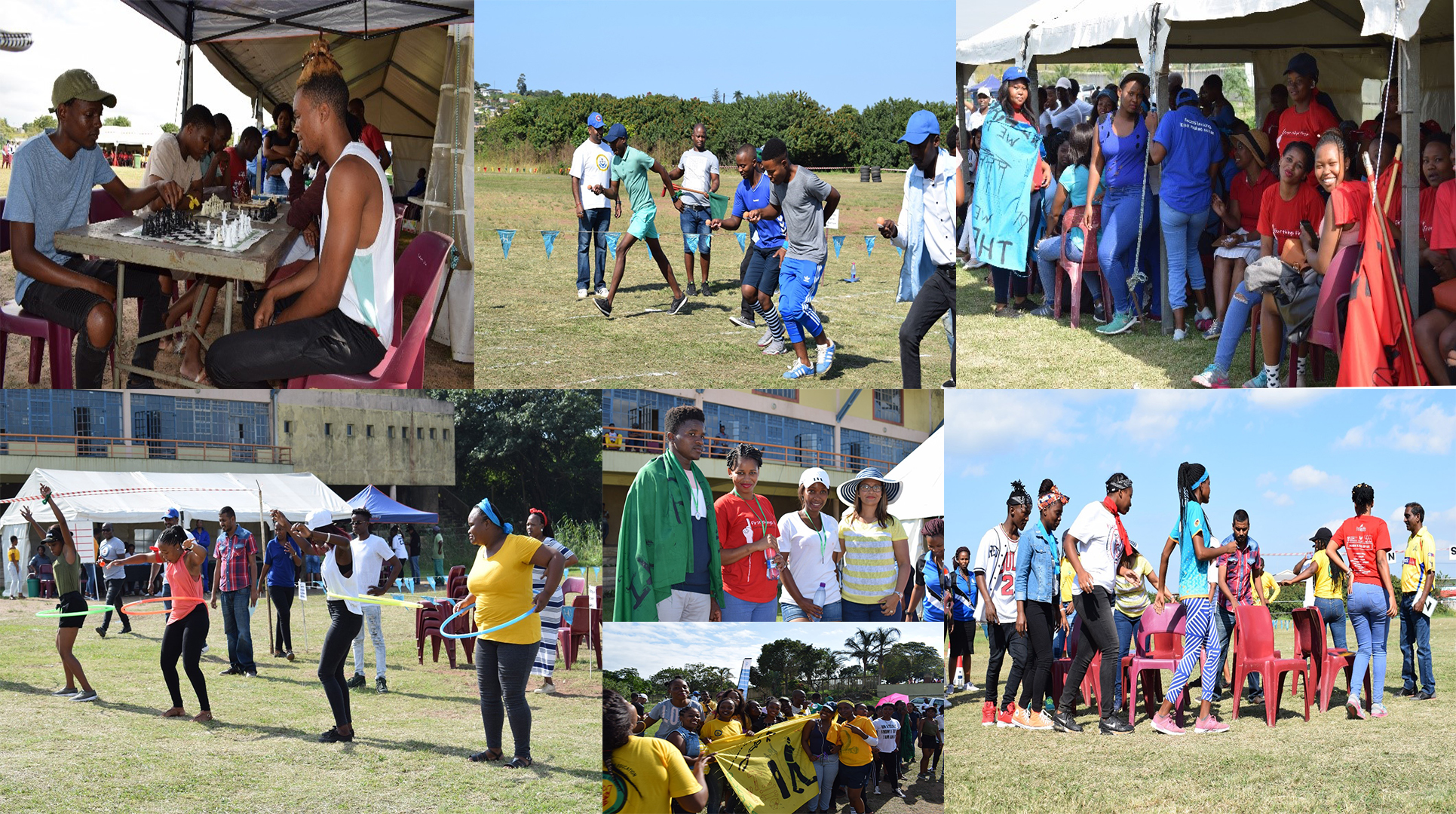 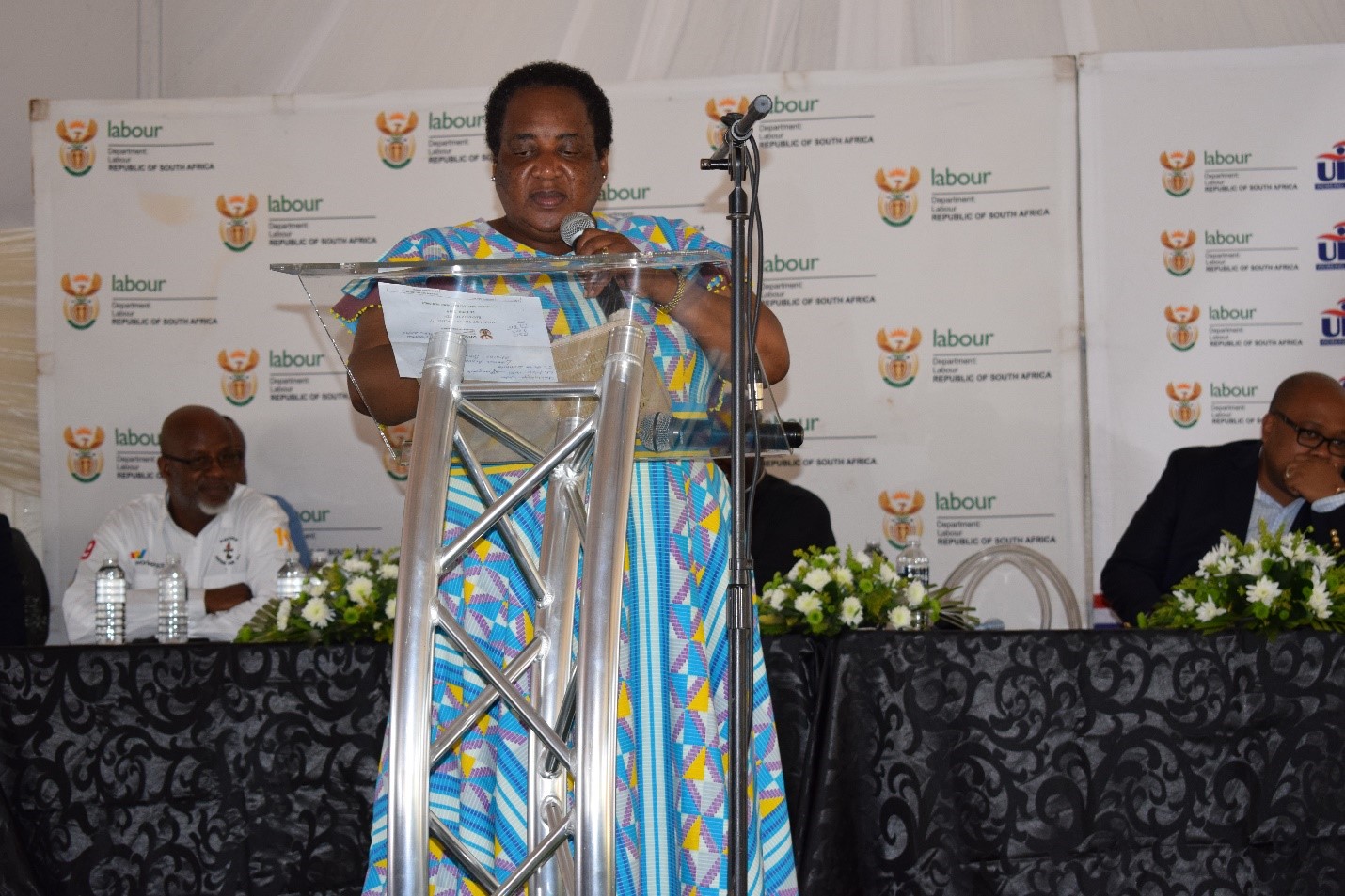 UMfolozi TVET College is one of the 32 state owned training providers that have received funding from the Unemployment Insurance Fund (UIF) to train 3000 students. The students who will be recruited through the Department of Labour will receive theoretical and practical training over the next few years in bricklaying, carpentry, cooking and catering, garment making, plant production and poultry farming. Students will receive a monthly stipend.

The aim of the training is to allow the beneficiaries - most of which are former contributors to the UIF who lost their jobs - to participate in the labour market or venture into their own businesses. The Minister of Labour, Mildred Olifant and the Minister in the Presidency responsible for Planning, Monitoring and Evaluation, Dr Nkosazana Dlamini Zuma officially launched the training programme on 24 April 2019 in Stanger and on 26 April 2019 in Ngwelezane.

“We want this to be marketed on a huge scale so that all the youth, particularly those from poor areas can benefit. The launch of these projects through the Labour Activation Programme (LAP) will go a long way in addressing unemployment, skills development and stimulating economic growth in the country. We also call on the private sector to partner with the Department of Labour to address the social ills of the country, especially unemployment and job preservation for our youth,” said Dlamini Zuma. Minister Oliphant said through the LAP, they have provided funding for learners to be trained in various fields.

Phindile Nsibande, College Assistant Director - Curriculum, said student will be able to contribute the economic growth of the country after the training because they will not only learn theory but will also do practicals which will increase their chances of getting employment. 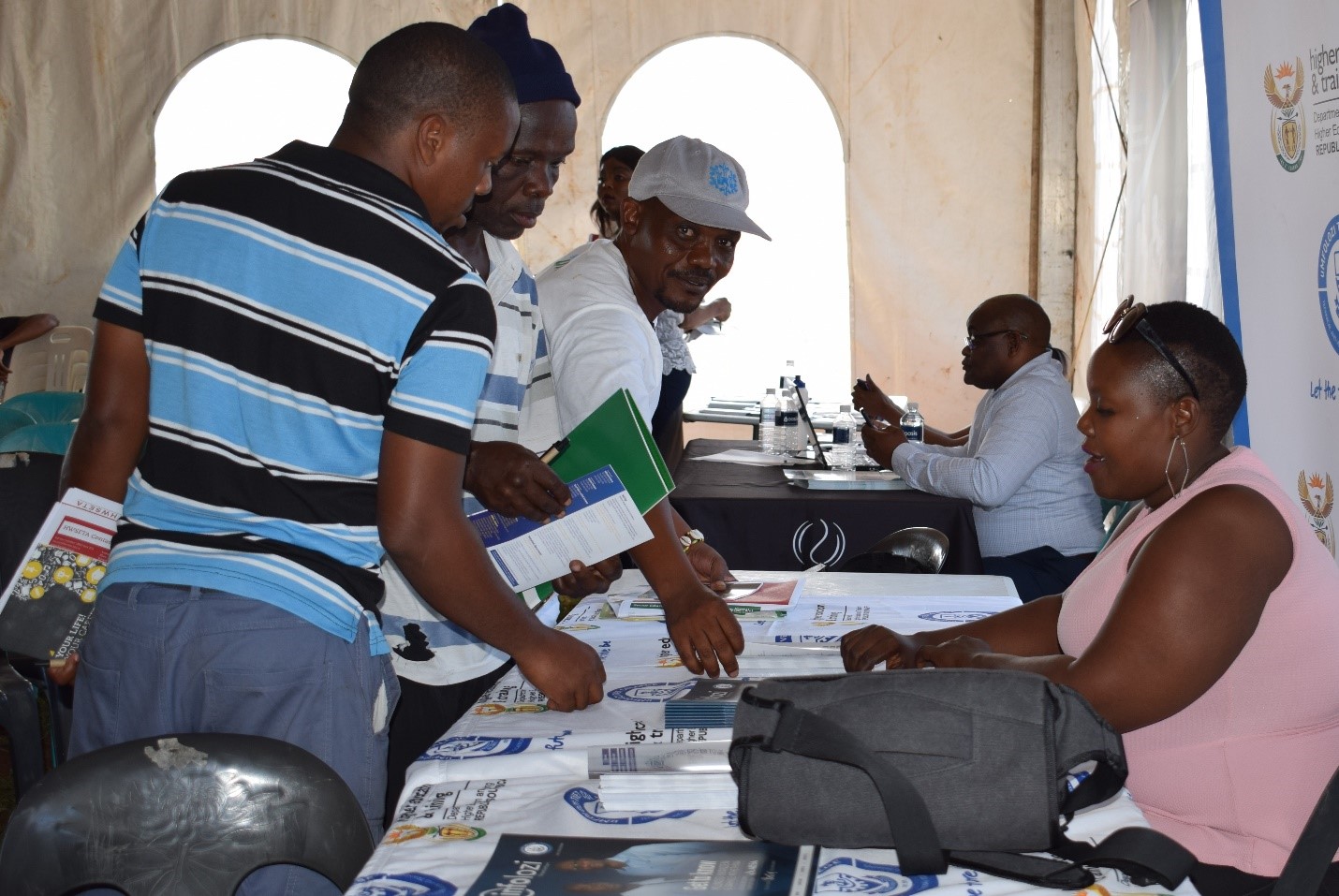 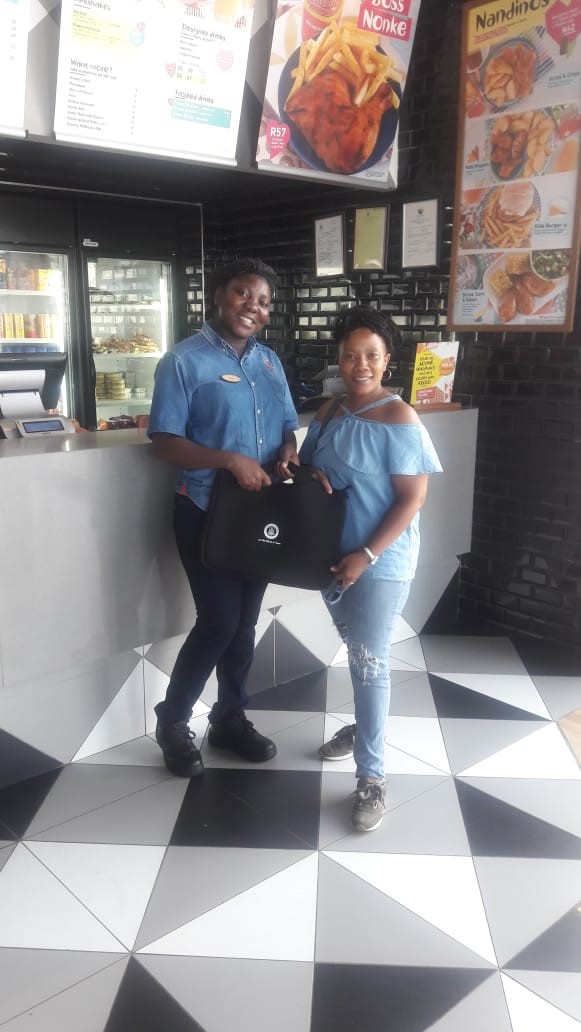 “Without uMfolozi TVET College I wouldn’t be where I am now,” were the words uttered by a former Esikhawini Campus who now heads a famous restaurant in Richards Bay.

Zandile Mthembu’s journey began in 2012 when she enrolled for NC(V) in Hospitality. After completing the course she was encouraged by her lecturers to pursue a Diploma in the same field. Through the College work placement office she was first placed at McDonalds for work based training but within 6 months she was promoted to be the Junior Manager. While working in this position she was appointed as an Assistant Manager for Compass Group and within a year she was employed in her current position as Manager for Nandos, in Town Square.

“When I was called for interviews I had to explain to the panel about the advantages of having Level 4 in Hospitality and one of them was that while studying theoretically I was also equipped with skills training which made me a better candidate than my peers who only had matric certificates. I realized that employers were now more found of students from the College as they wouldn’t spend a lot of time and money, training. Even here at Nandos my superiors like using my expertise when it comes to hiring talented chefs.”

“I’m truly grateful to uMfolozi for giving me quality education there’s no doubt that without it my dreams would be far fetched,”explained Mthembu, whose plan is to become a General Manager for a big company within 3 years. However her plan now is to study towards a Diploma in Financial Management in order to gain more knowledge. “What I’ve learnt about companies is that they are looking more for people with practical expertise than those with only theoretical from our local universities,” said Mthembu.

Some of the challenges that come with being a young manager with a tiny structure is being undermined and not receiving enough respect from the older employees. She however overcomes this by showing them her capabilities, being strong and standing her ground.

Mthembu who is the eldest at her home in Melmoth and the breadwinner whose goal is to make her parents proud motivated students who share a similar ambition, “This journey is not difficult nor easy but it’s about your goals. Don’t only study to get a certificate but you should be passionate about what you are studying and bear in mind that employers want a dedicated employee who has ambition. No matter how small the position is but you have to be fully dedicated to it so that the company can further trust you with a bigger position in future.”